This describes the concept of a functional-only architectural focus, an extreme example, where architects consider only their functional domain. Here, only half of the system being built is actually being consciously 'designed', the remainder is being evolved by development teams (who may or may not know how to architect large suites of decoupled tests - pls. excuse crap drawing) - 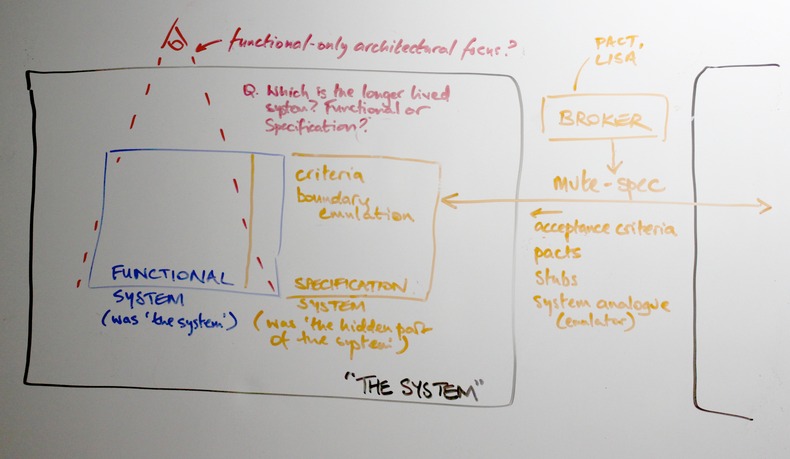 "Industry estimates indicate that between 30 and 50 percent (or in some cases, even more) of the cost of developing well-engineered systems is taken up by testing. If the software architect can reduce this cost, the payoff is large." [Bass et al, 2013]